According to latest figures from ICMR as of April 07 at 09:00 AM, 4421 persons (including 66 foreign Nationals) have been infected by the new virus Covid-19. 326 persons have been recovered (Cured/Discharged/Migrated) including one migrated. The death toll now stands at 114. India currently has 3988 reported active cases of the novel coronavirus. Mortality rate stands at 2.58%.

With 748, Maharashtra has the highest numbers of people affected by novel coronavirus followed by Tamil Nadu of 621. Three states have now cross 500 cases and 12 have more than 100 confirm cases. Total 31 states and union territories have reported at least one case. Meghalaya and Nagaland have not confirmed any case yet.

17 states/uts have reported at least one death with highest 45 death in Maharashtra followed by 12 death in Gujarat. Among recovered cases, Maharashtra top the list with 56 recovered patients.

India had reported its first confirmed case of novel coronavirus in Thrissur district of Kerala on Jan 30, an Indian student of Wuhan University in China. The first death was reported from Kalaburagi city of Karnataka on March 12. 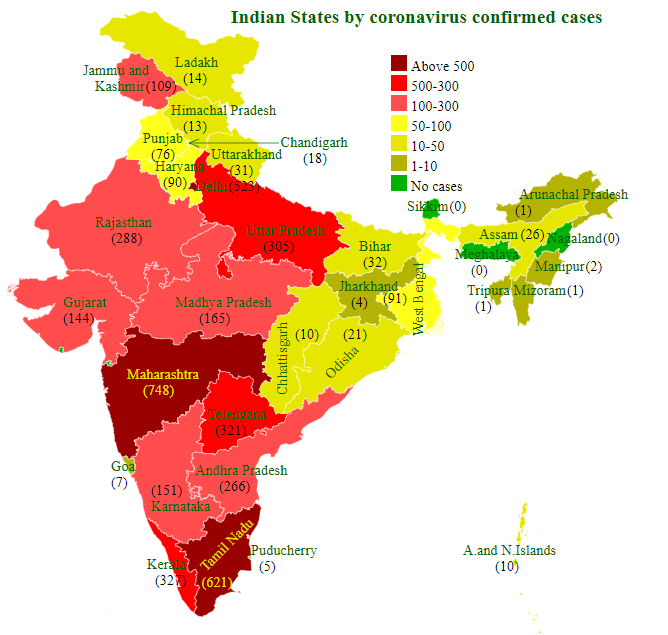 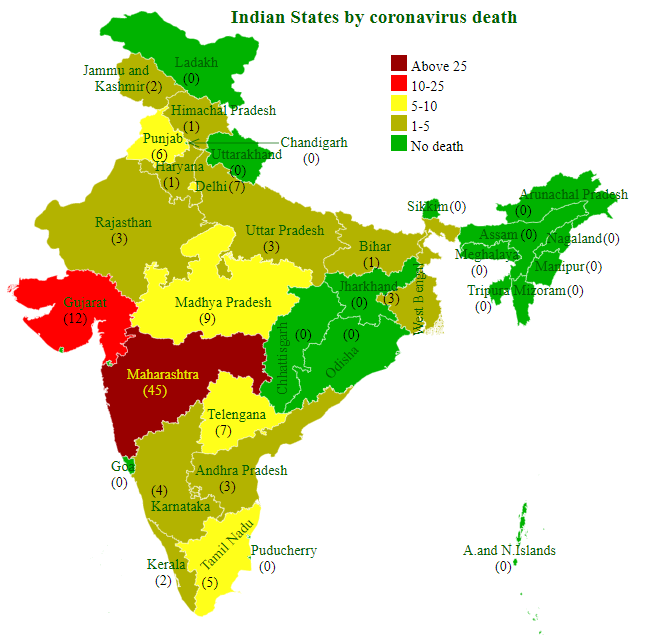